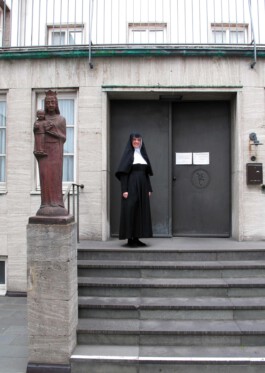 A closer look shows urban space to be less a networked, interpenetrating sphere with a unifying, comprehensive social concept of life and community than a system of microcosms with their own laws. Separate and distinct from one each other, they peacefully coexist in the best case. Rarely do they meet.

While the notion of “parallel worlds” (or “underworlds” in the context of so-called organized crime) is often evoked in a generalising, xenophobic, and populist way, the designation fails to fully consider factors such as segregation, isolation, and exclusion. Hardly anyone asks about the reasons for this isolation, particularly in the context of migration, where a dearth of integration opportunities or tolerance and fairness legislation, for example, might have the effect of confining people within their own ethnic group or community. Indeed, it isn’t just at the margins of society that we find parallel worlds; we see them in the middle of the city as well. Elites (by virtue of wealth, academic education, or family lineage) often live in isolated milieus of their own, as do many religious communities and political circles. There are also involuntary communities such as those within the prison system, where an exceptional situation is the social norm.

Whether voluntarily or by force – communities have many reasons to separate themselves from one other and adhere to their own ways of life. They only threaten overall social cohesion when ignorance of the other intensifies preconceptions and resentments.

On our day-long tour of Essen, we talk to people who live and work in these communities and are interested in establishing a dialogue. Our first stop finds us visiting the sisters of the Augustiner-Chorfrauen B.M.V., an order of Catholic nuns who live isolated in a monastic community while also dedicating themselves to the secular education of children and young people. Close by is the prison, a facility in which people (are forced to) live in isolation and in another kind of state of exception for completely different reasons. In an exchange with Essen prison press officer Marc Marin and the artist Anne Berlit, we discuss strategies for resocialising people during and after their time in prison. Afterwards, we take a short walk through the exclusive Brucker Holt district and talk to residents there. Our aim: to find out whether the prosperous neighbourhood might also be described as a parallel world (It is guarded around the clock by a private security service.) Finally, at Glow Shisha Bar, we approach what German society typically describes as a “parallel world” from a completely different angle. Experts shed light on the backgrounds and situation of these communities in the context of migration and expulsion, statelessness, uncertain residency status through short-term “toleration” permits, and the threat of deportation.

Bus tour with discussion
Advance booking required.
Participants will be informed about the meeting point after booking.